The Queen's Guard is a playable mascot added in the UK & Ireland Update.

The Queen's Guard is based off of realistic royal guards in the UK. He has a big black hat, a red and white torso with yellow buttons, red, dark red, and light brown sleeves, light brown pants, and dark brown shoes.

When this mascot moves forwards, he does not turn and look when going left or right unlike other mascots, making it the only mascot in the game that can't/doesn't do this besides Turny and the Astronaut. He makes a banging sound when he moves and when he is killed, like the sound made after banging a drumstick on a drum set cymbal. Also, there will be three leaf clovers and rarely, four leaf clovers that litter the area that can be collected. If you collect the a four leaf clover you will unlock the Leprechaun.

The Queen's Guard in a run. 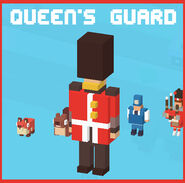 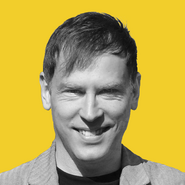 Not usable
Add a photo to this gallery

Retrieved from "https://crossyroad.fandom.com/wiki/Queen%27s_Guard?oldid=35903"
Community content is available under CC-BY-SA unless otherwise noted.